Yes it is possible to use salt therapy in the comfort of your own home and without it costing an arm and a leg. We are going to show you here how you can take advantage of this type of therapy using a variety of products.

What is salt therapy?

Salt rooms providing halotherapy are becoming popular around the world with some being established in the United Kingdom. However, they can be extremely costly and the average session is around one hour. 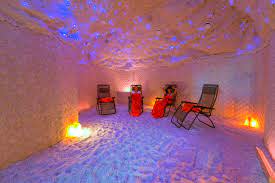 You relax in a room typically made of Himalayan salt bricks and breathe in the salt air.

Salt rooms or salt caves were said to be a natural remedy for people with asthma or COPD in Eastern Europe and Russia many thousands of years ago.

Victorians used to travel to the coast believing that the salt air at the seaside was beneficial to the health.

However, you do not have to go to a salt room or travel to the coast to get the benefit of salt air if you want to use salt therapy for asthma. This is thanks to home salt therapy machine being available.

It is important to bear in mind that salt therapy is not a replacement for medication prescribed by a doctor. Instead, it can be used alongside medication. If in doubt talk to your doctor first.

How does salt therapy help with asthma?

Salt therapy is said to help with asthma as it helps to relieve the congestion and inflammation of the airways. It may also help someone who suffers from hay fever and allergies.

It works by breathing in the minute dry salt particles in the air, which line the walls of the airways.

In turn, this helps to clear the airways of mucus along with any other additional asthma triggers. At the same time, the salty air helps to thin mucus making it easier to expel.

How to enjoy salt therapy at home

There are many ways of enjoying inhaling salt at home and all are cheaper alternatives than going to a salt cave.

The Salin Plus salt therapy machine

A very affordable way to use salt therapy for asthma and other respiratory illnesses is to use the Salin Plus salt therapy machine.

This home salt therapy machine is a best seller for those looking to use salt inhalation at home.

This unit has a microcrystalline salt filter cartridge inside of it along with a fan. The fan helps to suck in dirty air from the room, which then goes through the devices filer and microscopic particles are dispersed out into the room and breathed in.

The Salin Plus salt therapy device is best used at night for 8 hours while the   person is sleeping. The particles of salt help to dissolve mucus. This leads to it being expelled easier, which helps to keep the airways clearer allowing for easier breathing.

This is likened to having your own personal salt room, but without having to pay out for each session. When you consider the average is £35 per hour in a salt room, this can potentially save you hundreds of pounds per week.

The Salin Plus device is not meant to replace asthma inhalers but many people have reported a reduction in the reliance on their medication. Reviews have stated that it has helped people avoid chest infections along with reducing the incident of having an asthma attack. This home salt therapy machine can be used alongside other medications.

The Himalayan salt inhaler is a portable salt therapy solution for home use and when mobile. 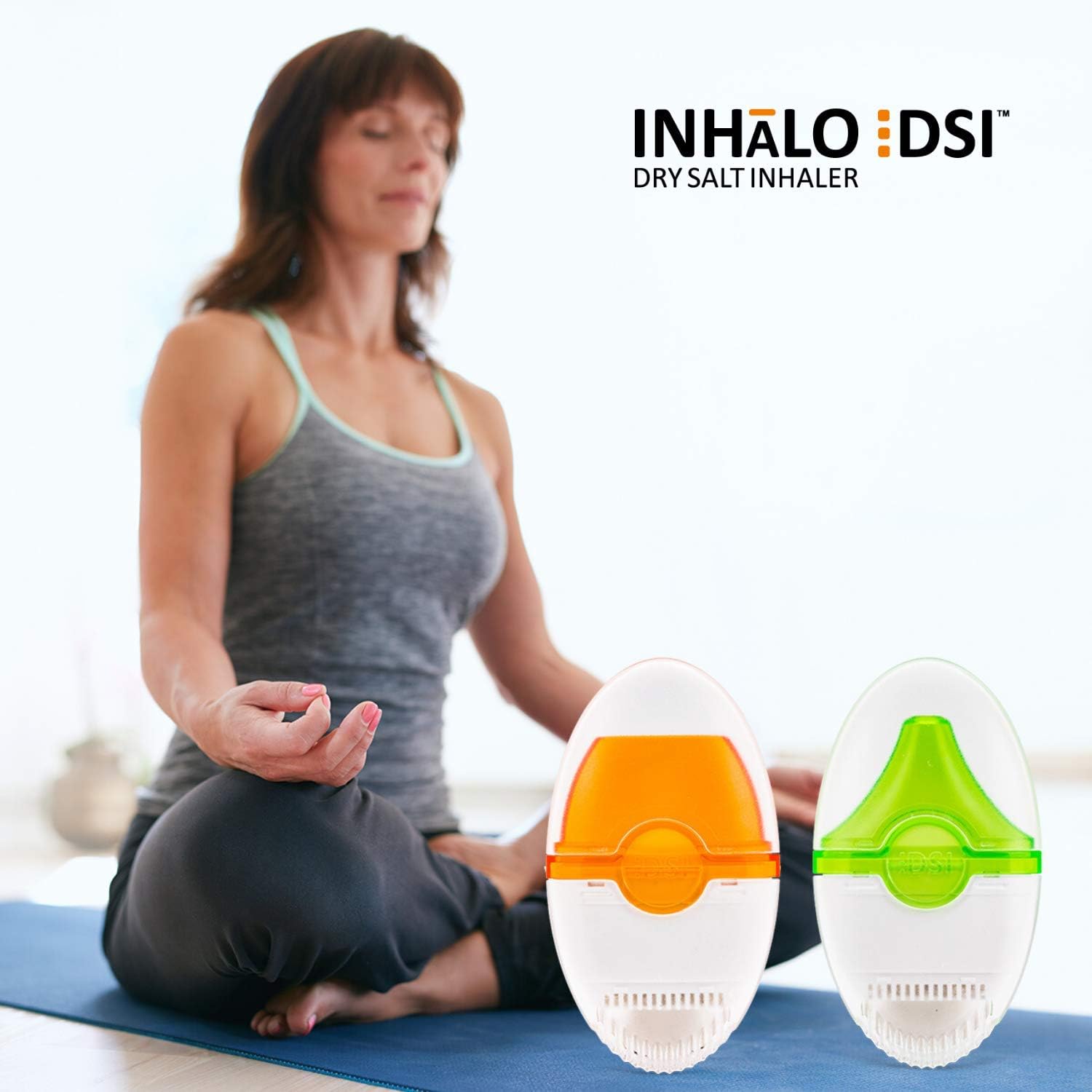 There are many choices of the salt inhaler with the Salitair salt inhaler made from plastic, which is very light to carry. Other inhalers, sometimes called salt pipes, are made from porcelain.

The salt inhaler is filled with small pieces of pure Himalayan salt, with it having a filter built-in to stop the pieces from being sucked into the lungs. Air is drawn in through the mouthpiece as you breathe through it and small microcrystals are taken in via the salty air.

This helps to clear mucus from the lungs and airways and it can be used as required throughout the day. It is easy to carry around and can be used in conjunction with any other type of salt therapy.

There is also an even more portable one available called the Inhalo dry salt inhaler or Inhalo DSI for short, which is available in both the respiratory and nasal versions, both handy to carry around in a pocket or handbag.

Salt Therapy Near Me: Why Not Enjoy It At Home?