In this article, we are going to talk about all you need to know about benefits of Pink Himalayan Salt. There are many health benefits of pink Himalayan salt, medicinally and for the mind, body and spirit. It can be eaten, you can mix it with water and drink it as sole, use it in the bath, use it to provide ambience to a room and much more.

Whether the claims of it providing health benefits are true or not, it is packed with many minerals. So let us begin by looking at where it comes from.

Where does pink Himalayan salt come from?

Pure Himalayan salt is found at the bottom of the Himalayas in Pakistan where it is mined. It begins in Northeast Pakistan stretching 186 miles to the Indus River, with peaks of almost 5,000 feet high. 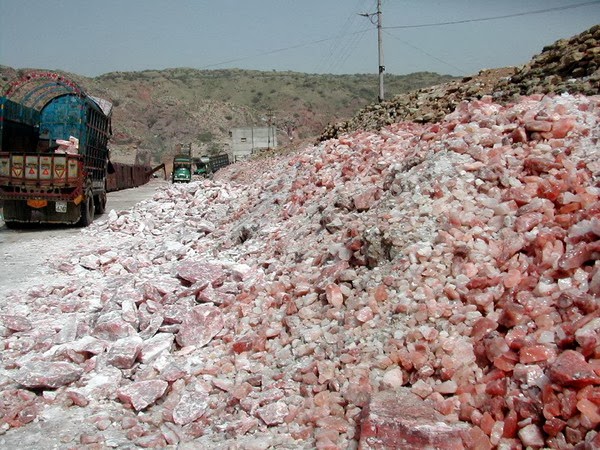 Miners began extracting it more than 500 million years ago during the Precambrian era.

Salt deposits were first located in 326 BC in Khewra in Northern Pakistan. This was when the horses of soldiers who were resting began licking rocks close by. However, it was Jalaluddin Muhammad Akbar, the Mughal emperor, who first set the standards for salt mining in the region.

At this time, the salt was used only by local communities and in small quantities. When Emperor Akbar took reign, the Himalayan salt became a commodity that was traded.

Even today, the same techniques and methods to extract the salt are used. Salt is mined from six primary mines, with each of them producing varied, distinct and unique salt.

The Khewra Salt Mine remains the biggest and the oldest, along with the most well-known. It consists of 25 miles of tunnels and is a huge attraction thanks to its artistic salt carvings, which include the Great Wall of China and Eiffel Tower.

What is the difference between Himalayan and regular salt?

There has been a lot of talk about salt being bad for health, so what is the difference between “normal” salt and Himalayan salt.

Normal salt is made up largely of sodium chloride and it goes through a refining process, which takes away impurities along with minerals. Anticaking agents are added, along with iodine.

Pure Himalayan salt, on the other hand, is mined by hand with the bare minimum of processing so it is free of additives. It also has sodium chloride in it but it is also packed with up to 84 minerals and trace elements, of which none is removed.

What are the benefits of pink Himalayan salt?

There have been many medical claims about the use of inhaling salt and using salt lamps, even eating or drinking pink Himalayan salt. So let us look at some of the ways it may promote health.

How you use pink Himalayan salt

So, how do you use pink Himalayan salt? Well, there are many different ways to use it and it depends on what benefits you want.

We have mentioned some of the many benefits above along with the best way to use the salt.

Two popular ways of using the salt for health benefits are a salt inhaler and salt lamp.

How to use a Himalayan salt inhaler

The advantages to using porcelain are that it helps to keep the salt crystals inside the inhaler cool. This gives a pleasant feeling of coolness when you breathe in through the top of the inhaler and air travels through the salt up into your throat and down into your lungs. It is then breathed out through the nose.

It is normal to taste salt when first using a Himalayan salt inhaler but you do not actually eat the salt. You are only breathing in extremely small particles of salt, which help to cleanse the lungs and sinuses.

The Himalayan salt inhaler, sometimes called the Himalayan salt pipe, can be used as needed throughout the day. It is recommended that it be used for a few minutes at a time, spread out over several sessions during the day.

A newer and more portable version of the salt inhaler arrived on the market in the form of the Salitair inhaler. This is an inhaler made of plastic and as it is lightweight, it is easier to carry around when travelling.

For even more convenience, there is the Inhalo Dry Salt inhaler, which is even more portable and easier to carry around as it fits easily into a pocket or handbag.

You now know all about the benefits of pink Himalayan salt including what you can use it for, the many ways in which you can use it and how it may be able to help you healthwise.

Does Salt Therapy Work for COPD?